How to break the cycle of unconscious bias in the workplace

They say a first impression is a lasting one. However, it is the lasting ideas, formed in our unconscious minds that make the biggest impression. While silent snap-judgements may appear to be relatively harmless, they can gradually feed into recruitment and our capacity to cultivate an inclusive and diverse workspace. Whether it’s the faces in the boardroom, the gender of the CEO, or the age of your superior, our unconscious biases will dictate who we perceive in these roles: we’ve seen them before we’ve met them; we’ve hired them in our heads; we’ve heard them speak before they’ve uttered a word. Furthermore, when our preconceived ideas are reflected back at us, it may even appear to validate them; creating a vicious cycle where our biases are continually reaffirmed. So how do we break this cycle? And how do we actively ensure that our workplaces aren’t unwittingly built on bias?

Unconscious bias is our mind’s response to the 11 million pieces of information it receives per second. While we’re able to understand about 50 of them, only 7 are remembered in the short-term. As our survival is predicated on filtering the vast amounts of information we constantly receive, our unconscious mind will make a series of quick decisions based on bias rather than reality. These biases are longstanding and were formed by our unconscious mind creating patterns and categories from our life experiences and the media we’ve been exposed to. Put simply, prejudice is hard-wired into us and is so instinctive, irrational and insidious that we barely even recognise it.

Our unconscious biases run the risk of completely overlooking the diverse voices and experiences that drive creativity. If we have an inbuilt tendency to surround ourselves with people who look and sound like ourselves, the friction required to challenge old ideas and generate new ones will be completely absent. Meanwhile, if we’re promoting the same faces and ignoring diverse voices, we will only cultivate a divided workplace. If unconscious bias is driving our recruitment decisions and ideas of leadership, how can we create an inclusive working environment? How do we prevent our obscured worldview from being replicated in the workplace?

Objective decision making
Unconscious bias is formed by our subjective experiences and implemented by swift decision-making based on gut reactions. Therefore, mitigating it will largely depend on some much-needed objectivity and our ability to slow down the decision-making process. We must initially accept that we are all governed by inbuilt prejudice. Once we understand that our worldview may not necessarily be an accurate one, we will be in a position to create the language needed to define our biases and to discuss them. We may then be prepared to pause before making quick fire decisions and to seek a second opinion from someone whose experiences differ from ours.

Celebrate well-represented media
The media informs our perceptions. Consequently, avoiding any media that reinforces our biases will help us to reinterpret our worldview. This can also be applied to the workplace through book clubs or group film reviews that focus on work by diverse artists. Group activities will also help to expand your employees’ networks and to create an atmosphere of openness across your organisation.

Identify silos
Silos are synonymous with a divided workspace, and eliminating bias is central to promoting inclusiveness. However, your approach cannot be a tokenistic, PR gesture driven by the current political climate: employees will always see through a superficial attempt to create a collaborative culture. However, a data-driven system that can pinpoint where the silos lie will enable you to directly engage with employees on the periphery of your organisation. A key aspect of reducing bias is to encourage communications between people from different backgrounds.


Unconscious bias in the workplace is our unwitting attempt to mould an organisation in our own image. However, that image doesn’t have to remain a negative one. If we can recognise our biases, we may then be able to recognise them in others and effect change across our organisation rather than just in ourselves. Understanding why we thought a certain way and how we changed will enable us to influence more people for the better. A renewed perspective doesn’t just create great leadership and organisations, but also, fantastic mentors.

Grasp enables you to evaluate the level of inclusivity in your organisation, and to bring people from different ages, backgrounds, races and abilities together for mentoring opportunities and cross-company collaborations. If you can create diverse mentors and mentees across your organisation, you’ll have the capacity to uproot your company’s culture and to build a new, unbiased mindset for the next generation of employees. 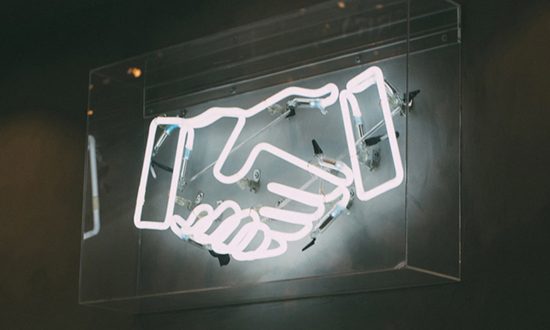